Conduct a flight from Burbank Airport (KBUR) to Fullerton Airport (KFUL) utilizing Flyways under the Los Angeles Class B Airspace.

KBUR is in Class C airspace. KFUL, the destination is Class D. While enroute, our goal is to fly underneath the LAX Class B airspace.

Class B Airspace is the most restrictive type of airspace that VFR aircraft have access to. It is located around the busiest airports in the country.

On VFR charts Class B airspace is depicted as a sold blue line and altitudes are depicted in hundreds of feet MSL using the format (ceiling)/(floor). 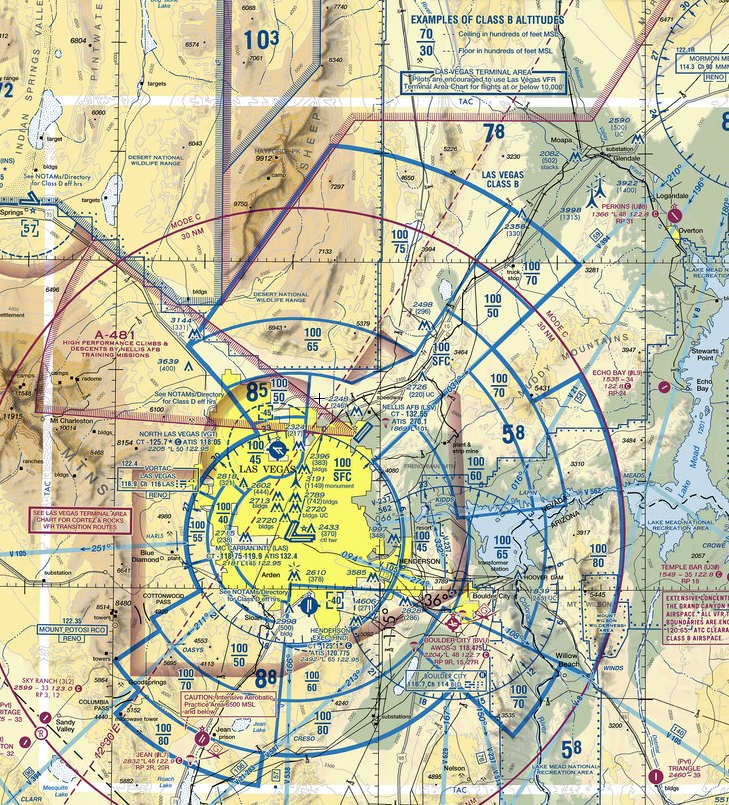 Due to the complexity of Class B airspace there are several ways to operate in and around it.

One of them is the Flyway. A flyway is a general route that avoids class B airspace by either going around it or under it. Flyways are depicted on the back side of VFR terminal area charts. Each flyway will also have an altitude range to maintain. These are generic and will generally tell you to stay above or below a specific altitude.

A VFR flyway does not enter Class B airspace and therefore does not require an ATC clearance or any ATC interaction at all to fly.

You can navigate along a VFR flyway using several methods. Note that depending on your simulator not all of these methods may be available to you.

Finally you can navigate using approximate headings and VOR radials that define the boundaries of the Class B airspace you are avoiding. For example after heading southbound from KEMT you know that once you are south of the PDZ 252 Radial the floor of Class B airspace goes up to 6000’.

When departing with the intent to fly a flyway there is no need to specifically refer to the flyway when requesting departure. Simply stating the direction of departure is appropriate. If you are flying a route that will have several turns that may not be expected you should advise ATC of your exact routing. For example for this flight you may want to state that you are “Flying to Fullerton via El Monte.”

VFR waypoints can be reported to ATC as part of a position report. For example “SOCAL Approach, Cessna 123AB, over the Rose Bowl at 3500, request full stop at Fullerton.”

There are no new communication concepts in this rating. Class C VFR departures, flight following services, and Class D VFR arrivals have been covered in previous ratings.