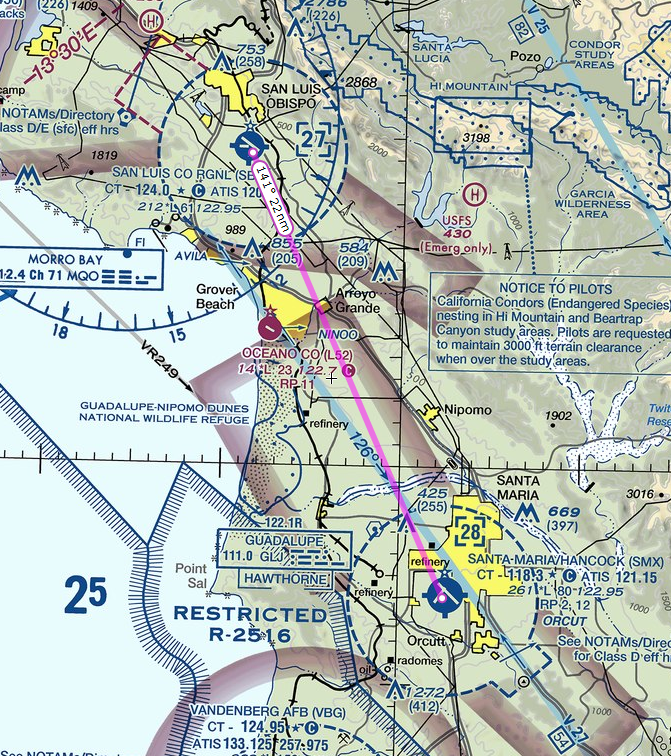 When departing a Class D airport you will start by contacting ground with your location, direction of departure (South), and the ATIS code. Ground will issue taxi instructions and you’ll taxi to the runway in use.

Once clear of the Class D airspace it is NOT necessary to ask the tower for a frequency change. You may simply tune to another frequency as soon as you clear the airspace.

When ready for departure:

When clear of the KSBP Class D airspace you can switch off of tower frequency. En-Route Monitor 121.5.